There are some things I remember from childhood with such disdain that I thought it might be worthwhile to re-visit them — sort of combine Whiny Wednesday with Time Travel Tuesday? After-all, just because I was a quiet kid, doesn’t mean I wasn’t already taking mental notes of the stupid world around me.

I remember the following as being some of the most insufferable experiences of my youth. Come, let’s enjoy! 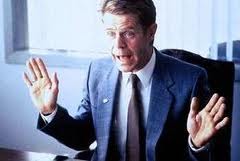 Can I interest you in the clearcoat ?

Going to buy a car as an adult is excruciating enough, but for a child, the car dealership is a mind numbing wasteland of open tiled spaces, glossy cars that you can’t touch, rows of uninhabited desks, and sleazy men in polyester suits. There was nothing for a kid to do but sit and pray that whatever transaction was taking place would wrap up quickly.  If you were with your siblings at least you could run around a bit, go to the water fountain, check out the bathrooms, pull some brochures from the wall, etc. But that got old pretty quick and eventually your parents would start looking annoyed and disappointed.

If you were flying solo, it was deadly. I once spent 3 and 1/2 hours with my dad at a Peugeot dealership. I thought I was gonna DIE!!! He ended up buying the car, which turned out to be a lemon and then blamed me for making him buy it!! Really? I didn’t know 9 year olds held such power? How ’bout, “You bought a lemon, Dad. Deal with it.” 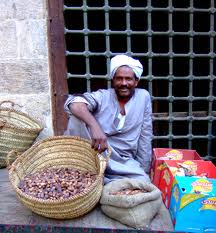 Maybe if my parents had taken me to Morocco to buy a carpet I would have been less bored?

Once again, stores, unless they’re toy stores, can be a pretty exhausting experience for a child. I remember going to the carpet store and hiding in between the hanging persian rugs. I’d climb over the rolled up remnants like it was a small mountain, put there for my enjoyment — all the while, my parents oblivious to the fact that I was dying of sheer boredom. (I believe, whole heartedly, that there have been cases of this, children dying of boredom in stores, we just don’t hear about it, they’re covered up, because no parent could live with the fact that they accidentally killed their child with boredom.)

Church service is a time that even adults have difficulty sitting through. For children, that hour or more can be quite torturous. The only thing that makes it manageable is the passing of the sacrament, the hymns that punctuate the talks/sermons, and the occasional comic relief that comes from an ill behaved child sitting directly in front of you. In my church they pass out bread and water. (I remember once when my son was maybe 3 or 4, after having gotten a nice big piece of bread from the tray, exclaimed in a rather booming voice, “Good bread!” Lots of people turned their heads and smiled, likely because they were thinking the same thing.) 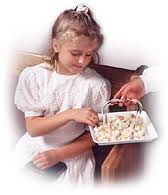 By the time I was entering my teen years, my grandmother decided to pass on one of her little secrets for making church service more entertaining, something she did in her youth. She told me to take the hymn book, go down the song titles and add the words, “Under the sheets” to each title. Well, to my surprise and delight, it turns the songs into something slightly pornographic. Church was never the same. Here’s a sample of some church hymns, you add the rest…

25 thoughts on “Cars, Carpets and Church”