This was a great competition, with lots of variety and major talent. It was a difficult choice for our judges. Thanks to everyone for participating! Music Monday has never been so energized.

FIRST PLACE PRIZE goes to Magsx2 for her rowdy rendition of Joan Jett’s, “I Love Rock ‘n Roll.” Magsx2 described a “Fantastic night” from her past. She even sent a reminder of the song – I was immediately involved with the catchy rhythm and knew she was our winner. GREAT JOB! You had us clapping and singing along. We loved it! 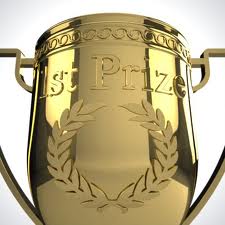 SECOND PLACE PRIZE goes to El Guapo for attempting to sing “La Bamba” even though he doesn’t speak Spanish. This takes guts and apparently lots of alcohol. I applaud your effort and fearlessness. Well Done. We all enjoyed it. 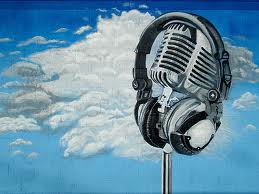 Microphone and Headphone Award (Because sometimes it's best not to hear yourself.)

THIRD PLACE PRIZE goes to Harper Faulkner for his soulful rendition of “New Orleans Ladies.” He slowed it down to a southern pace, and had us swaying to the music. This was a perfect choice for HF. This man has some soul! Nice job!

(Obviously HF, you’ll want to get this engraved as I’m sure you’ll showcase it on your mantle, above your fireplace.)