I only have a few things to moan and groan about this week — nothing too major. 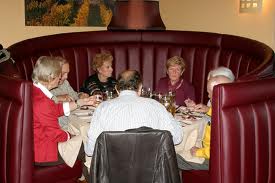 I went out to a popular restaurant this evening for dinner with a friend. It was incredibly busy and we had to wait about 40 minutes to get seated. Finally they called our name and brought us to a booth. I usually prefer a booth over a table, they just seem more cozy and intimate, but not this booth, it was circular. “Awkward, Party of two —  Awkward, party of two…”

Call me strange but, I need to either sit across from somebody or at a right angle to have a proper conversation. (I think the laws of Feng Shui are on my side.) Neither of these is an option with the dreaded round booth. We both scooted into the middle but then we were sitting side by side. I don’t even like side by side with my husband. The bottom line is there’s no way for 2 people to sit comfortably and converse in the round/circular booth. And might I add, even if you had a family of 6, who wants to be stuck in the middle and have to crawl out and over people? Not me. I strongly suggest that all restaurants abolish the round booth for the above stated reasons.

* Luckily, I didn’t let this fiasco prevent me from getting a nice piece of Carrot Cake.

Hanging Back and Line Confusion

As you can see, this line is starting to get ‘Loosey Goosey’ and I think we can see who the trouble makers are.

This is genius! I’m pretty sure the person in front of you won’t mind wearing this through the duration of the line. Perfect for those long lines at Disney!!!

When you’re in line at the walk up ATM, or at a bank teller, it’s common courtesy to stand back a little so that you’re not in someone’s business. I totally get that. But all other lines, in my estimation, should be kept neat and tidy. I get annoyed when I pull up to an intersection only to find that the car ahead of me is hanging back by more than a car length. What’s that all about? I’m not saying you have to be right on top of the car in front of you but leaving all that space seems discourteous to the cars behind you. All those wasted yards add up. That kind of Laissez faire attitude can make the rest of us late for something important. For all other lines; movies, deli counter, concerts, etc. the practice of hanging back creates confusion. I don’t really want to tap you on the shoulder and ask, “Pardon me, are you in line?” And I certainly don’t want people cutting into the dead space in between. (…and believe me, they will.)

So, I’d like to end my complaint by saying, if you’re one of these casual, willy nilly, unaware sort of people, pay attention and get in line! You’re triggering my OCD!!

This is more than a Billy Joel lyric, it’s a firm request. Why do businesses/companies and restaurants feel the need to remove popular items or policies and replace or change them? How many times have you returned to a restaurant to order your favorite dish only to be told that they no longer serve it? What about the Volkswagen Beetle? I don’t know a single person who doesn’t love the original design but apparently the people at Volkswagen would rather busy themselves creating new inferior versions. Thank heaven Oreos have stayed true. It’s fine if you want to add on to a product line, but don’t tamper with or remove the beloved original.

For those of you who are annoyed by unnecessary change, there’s always the Vermont Store Catalog. Here are just a few of the tried and true items they still offer: 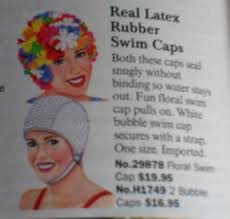 ← The Lucky One
A Permanent Vacation… →