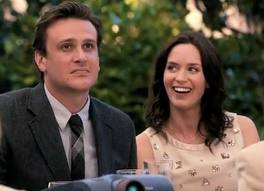 This is a very mildly entertaining movie that could have been made slightly better if they had cut 25 minutes from it. There are some scenes that simply don’t work and are almost painful to watch. (When comedy fails – it can be excruciating.) Emily Blunt is very likable and watchable, but the story never really becomes interesting. There are moments of light comedy sprinkled throughout but not enough to make this movie entertaining. When, as an audience, you find yourself not caring what happens to the main characters, you know there’s a problem. Such is the case with “The Five Year Engagement.”  It felt like I was in the theater for five years! Ugh. GRADE C 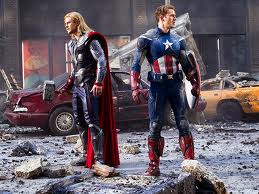 This is going to be a short review because as I see it, you’re either a fan of super heroes or you’re not. If you’re a fan, then you know all or most of the story lines behind each character and the movie will be entertaining. If you’re not a follower of Thor, Iron Man, Captain America, Hulk, etc., then you might feel slightly lost and confused, in which case, you’ll be bored. If this is the year that you want to get into super heroes then I would suggest either watching all of the movies leading up to The Avengers OR you can very easily go to Google and familiarize yourself with the story lines. I enjoy my super heroes, I’m not gonna lie. What’s not to like about Thor, the hunky Norse God of Thunder or Captain America with his cute 1940’s ideals? GRADE A- (only if you’re a fan.) 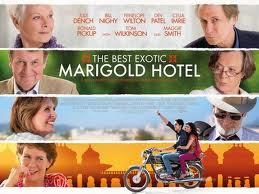 You can’t help but like this movie — The cast is amazing, the acting is top notch, and the location is completely cinematic. “The Best Exotic Marigold Hotel” follows a group of British retirees, each with a slightly depressing back story, to exotic India. They arrive to find that the hotel is not as it appears in the brochure — it’s a barely functioning structure, a shell of its former self. (Perhaps a metaphor for who they’ve become over time?) This strange and exotic place forces them to see things differently and their lives are transformed by the shared experience. Everything gets wrapped up by the end of the film in a most satisfying way. (okay, it’s slightly predictable)

Does the story have some flaws? Yes. Was the audience 99% elderly? Yes. Did I care? No, because I could get out of the theatre much more quickly and beat everyone to the parking lot. : )

This is a sweet story, mild and comforting. One reviewer called it “Eat, Gray, Love.” haha! If nothing else you’ll enjoy it for the superb cast. TAKE MOM!! Grade B+ 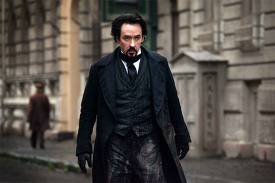 My husband, daughter and I walked out of this after about 30 minutes in. Whoa! Was it excruciating! Edgar Allen Poe, played by John Cusack, is unrecognizable. He’s portrayed as being an arrogant, narcissistic, big mouth. They’ve tried to make him feel contemporary and the end result is that it’s just painful — so much so, that we decided to cut our losses and leave. It’s too bad, I really wanted to like this. (I’m a fan of Edgar Allen Poe. I’m quite certain that he would’ve hated this film.) GRADE F

If any of you stayed for the entire film I’d be curious to know if it got better. I’m guessing it didn’t. ‘Rotten Tomatoes’ gave it a 21% which falls in the range of what I call, deadly films. Luckily, we were able to finish our delicious popcorn, so all was not lost.