Hot Fun In The Summertime… part one 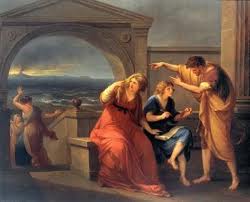 This guy had the right idea… “Water, cold, lava, hot…”

It’s 104 degrees here in the Chicago suburbs, a record breaker, I believe. The words oven, furnace and lava come to mind every time I walk outside. Yes, I said lava — that image of people being overtaken by a lava floe in Pompeii has always stayed in my mind. One of the reasons it bothers me, and I’ve gotta be honest, is why couldn’t they outrun the lava and jump in the ocean? Seriously, lava is the slug of natural disasters sooo, what’s up with that? Anyway, I digress…

I thought I’d write a couple of short snapshot recollections of my most memorable summers. 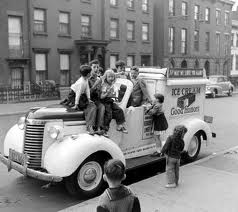 THE GOOD HUMOR MAN – To this day, if I hear the bells of an ice cream truck I start to panic and salivate like Pavlov’s dog. Getting to my mother’s purse fast enough to grab some quarters and get outside was always a feat. Luckily, every kid in the neighborhood was doing the same thing — some of us were faster than others. The reward was either a BonJoy Swirl or a Chocolate Fudge Cake (it had a chocolate bar in the middle and it was DE-LISH.) You would think by the way we mauled him, that he was driving that white truck through the streets of Calcutta. By the end of the summer we had turned into hoodlums and were running up to the front to ring the bells while he was making change with the big freezer door open around the back. Round and round the truck we’d go. Such brats. The driver… he must truly have been a man of Good Humor!

THE SUMMER OF ‘SON OF SAM’ – I was working for my father in NYC during the summer of 1977. His office was Park Avenue and I want to say 33rd, maybe? Anyway, when work was over I would walk back to Grand Central which was roughly ten blocks away. This was the summer that was marked by the mysterious murder of young women with shoulder length hair. (Actually it had been going on since July of 1976). I was nervous, as was every girl my age, so I came up with a plan. I think you’ll see how brilliant I am when I reveal the well thought out details of this stay alive program. It was simple, really, I decided to act like I had schizophrenia on my walk back to the train station. My theory being, that most murderers would steer away from a crazy woman. This involved me talking and laughing to myself and making jerky movements with my head. This is what I imagined “crazy” looked like. (Let’s be honest, I was in Manhattan, there’s “crazy” on every street so I was pretty sure what it looked like.) I like to think that he saw me and passed me by for someone else — well, I don’t REALLY like to think that he chose someone else but, you know what I mean. Not every girl with shoulder length hair goes to the trouble of making a stay alive plan like I did.

*If memory serves they caught him in the suburbs. All that crazy acting for nothing! I wonder who else I scared off? Perhaps a hot potential suitor. Oh well.

32 thoughts on “Hot Fun In The Summertime… part one”