Hot Fun in the Summertime… The Finale

Dear Readers, brace yourselves for the final installation of Hot Fun In the Summertime. I have one final memory that I debated on whether to share. Since you seem to enjoy the idiocy of my 14 year old ways, I thought we could return once more to Bay Head, New Jersey so that I might give you this parting gift. I apologize in advance if I offend anyone, or disturb anyone with the following images, as this is not my intention… 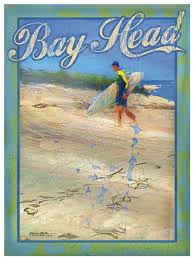 During the course of our stay in Bay Head, our family naturally made friends with some of the locals. There was one group of teen agers that I was especially fond of because their “leader,” Peter King, was a hunk of burning summer love. He was like the Pied Piper, we’d follow him where ever he went. Often we sat around talking about music, which at the time, seemed to be Queen’s, “A Night at the Opera” and Yes’s “Roundabout.” If I thought I was ‘in’ and cool, Peter King probably thought he was Bay Head’s boy wonder.

One day, as I recall, Peter lead us to a small wooden bridge, like a foot bridge over a stream. He sat down with his legs dangling over the edge, his followers around him. And then my eyes caught sight of something that would forever change my life. Peter’s “King” was just sitting there exposed for all the world to see. Please know, I was an innocent 14 year old girl, I had grown up with all sisters, I had no way to process what I was actually looking at and had no way to reference it. To top it all off, I was S L O W on the pick up. Was Peter deformed? Possibly? Whatever that was, twixt his legs, was alien to me, in fact, it might have been an alien or some sort of pet that he kept in his shorts… And then the lights went on!!! Ewwwwwwwwwwwwww!!!!!!!!!!

I had seen Peter’s King!!!!! 36 years later I can still conjure the whole thing up, but now I can put it in it’s proper perspective. Did Peter King realize that he had exposed himself? I don’t think so. I think he was just a barefoot teenager walking around without a care in the world, completely ignorant that his weiner was on the loose – if I can be so bold. Isn’t that what it means to be a teenager, after all, to be free? Perhaps this type of freedom was not what the founding father’s imagined, but on that bicentennial summer it was the only freedom that I really cared about.

52 thoughts on “Hot Fun in the Summertime… The Finale”