The Men Who Rocked My World…

It’s time to reveal the list of men that influenced me during my formative years. When I use the word “influenced” of course I mean these men had an effect on the development of my character, for good or bad. I realize I grew up in a great era when TV shows were substantive rather than just fluff. I think you’ll see from my list that I’ve chosen carefully. If you don’t recognize these friendly faces then I suggest you get familiar with them and their body of work. You won’t regret it. 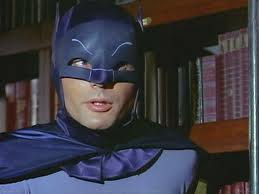 Batman taught me not to under estimate the importance of whispering when you’re in danger or fighting crime. I don’t think Bruce Wayne’s voice ever reached normal speaking range decibels. Even when he was tied up and about to go through a buzz saw he never raised his voice. There was something sexy about it really, but I’m pretty sure that aspect of it went over my 8 year old head, or did it?

Tom Corbett, played by Bill Bixby, On The Courtship of Eddie’s Father was perhaps my favorite TV father. He was kind and patient. He also employed an Asian housekeeper/ nanny, Mrs. Livingston, who seemed to be as wise as Buddah, but not nearly as fat. If I could have escaped out of my dysfunctional childhood home and lived on the beach with Tom Corbett and Mrs. Livingston, trust me, I would have jumped at the chance. (One small glitch– I would have had to get rid of Eddie. Despite being cute with his freckles and all, he was always asking stupid questions. I don’t think he would have been missed.) 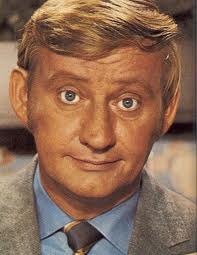 Reuben Kincaid, played by Dave Madden, was the Partridge Family’s agent. He booked all their shows at the most pathetic venues around, and by “venues,” I mean an old bankrupt firehouse, an albuquerque desert and the high school parking lot. Were we really supposed to believe that Shirley Partridge, the mom, was supporting her 5 kids on those random gigs? I guess that’s why they couldn’t afford normal clothes and had to wear those cheap velvet costumes and drive that crap bus. Mr. Kincaid was possibly the worst agent of all time. His influence on me can’t be diminished. Thanks to him I would have the good sense to find a reputable agent, should I ever need one.

Herman Munster, played by Fred Gwynn, on The Munsters, taught me not to judge a book by it’s cover and would prepare me later in life for my kid’s Goth friends. He was a good guy, despite appearances and shoe size. I also learned that a spin on the genetic roulette wheel could, even in monster families, produce the occasional cousin Marilyn.

Archie Bunker, played by Carrol O’Connor, on All In The Family, taught me that being socially and politically incorrect could actually be endearing and quite funny – at least in the privacy of your own home. haha! Seriously, he was a real talent and that show was a gem. It hit just the right note and may have, in fact, been responsible for quietly educating lots of people – my bigoted, opinionated grandmother for one. (I say that with only love in my heart.)

← For Your Amusement…
Life is a Beach… →

42 thoughts on “The Men Who Rocked My World…”