There are some things in life that we take for granted. One of those things happens to be human emotion or feelings. We just assume that everyone has the ability to feel the full spectrum of emotion.  That assumption leads us to believe that most people can empathize — empathy, being the ability to share in another person’s emotions; the capability to feel happy because someone else is happy, or to feel sad, because someone else is sad, and so on.  Empathy is closely linked to love and compassion. Guilt and remorse, as you would expect, also come from the ability to put yourself in someone else’s shoes when they’re hurt. When there’s no empathy, there’s no remorse.

I’ve had the misfortune of having four of these individuals take center stage in my life story. I understand who they are on both a professional and very personal level. Professionally speaking, and I’ll keep this short, there are certain mental disorders associated with this one trait; Anti-social Personality Disorder, Narcissistic Personality Disorder (do not feel the pain they inflict on others, nor do they give credence to others perceptions), Psychopaths (can detect emotions in others and mimic caring, they’re usually superficially charming and charismatic), Schizoid Personality Disorder (emotional coldness, detachment, impaired affect, inability to empathize or be to be sensitive toward others), Conduct Disorder (atypical empathic responses when viewing other’s pain), Borderline Personality Disorder (could have diminished empathy), etc.

Someone who is incapable of AFFECTIVE EMPATHY (feeling) is likely capable of COGNITIVE EMPATHY (thinking). Cognitive empathy is the drive to recognize, identify  and imitate emotion. These people know they need to blend in — otherwise they risk being exposed for the unfeeling and detached individuals they are.

An individual who employs cognitive empathy has studied and learned what real emotions look and sound like. Very often these individuals are drawn to trusting, vulnerable, good and deeply empathic people. It’s possible that these relationships serve them in three ways. 1. Empathic people will feel feelings for them, they’ll give balance and unknowingly provide a good cover. 2. Empathic people are loving and compassionate – when this individual behaves badly, they know they’ll be forgiven. 3. This individual will feel safe as long as the other person doesn’t connect the dots – when that happens, Spock will get spooked and take his leave, rather than try to change what he knows he can’t. Someone lacking empathy is unplugged or disconnected from their feelings – sometimes worse, the cord has been permanently severed.  Obviously, these individuals are only capable of a one way relationship, their way, or no way. Their relationships are usually fleeting, mechanical, lack depth and are built on a foundation of lies.

On the flip side, just because a person HAS empathy does not mean they possess compassion or sympathy, in fact, you can have empathy and be a hard, cold person.

How are psychopaths, narcissists, etc. created? This trait, lack of empathy, is not always so black and white. There are variations. Some may be born with a genetic predisposition for this trait– a chemical imbalance (pathology), some experience early trauma and end up disconnecting from their feelings in an effort to block and protect themselves from future traumas, (early traumas can also cause our brains to become negatively rewired) and some have behaviors modeled for them – they grow up fearful in emotionally unsafe environments that provide no moral compass, warmth or unconditional love.  These individuals survive rather than live full and meaningful lives. Some do quite well, are successful, are very funny and have lots of admirers. The one thing they don’t have is a soulful connection to another human being and they never will. 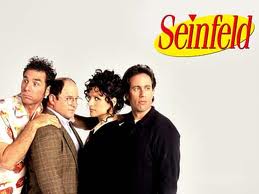 The characters of “Seinfeld” – a high functioning group of individuals that lack empathy?

← Welcome to Transitional Tuesday!
For Your Amusement…. →