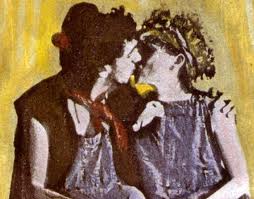 Some of my favorite songs fall under the heading of, ‘One-Hit Wonders.’ The very fact that a song is a “hit” means that it’s catchy and has enough lasting power to make it to the top and hang out for a while. Very often these are the songs that you can’t get out of your head. They’re also songs that seem to come out of nowhere, and usually provide a fresh and unique alternative or direction from the current music — probably why people take notice.

The longest-charting one-hit wonder of all time to hit the #1 spot is Daniel Powter’s, “Bad Day” from 2006. It stayed on the chart for 32 weeks. (I don’t think it was worth 32 weeks of listening, do you?)

Name your favorite one-hit wonder from each of the decades or just one or two that stand out in your mind. (The 60’s and 70’s were my favorite decades so it was very difficult to choose – so many good ones.)